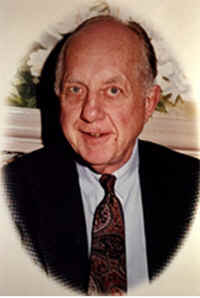 The tenets and principals of The Personal Growth Centre (PGC) are based on the teachings of James Holden Quinn, one of the founding fathers of LifeStream Incorporated, established in 1973. James Quinn was a man committed to transforming and healing this planet one person at a time.

Prior to the incorporation of LifeStream, Jim consumed numerous published texts on personal growth and development and designed the experiential learning concept for his training and teaching sessions. These training sessions originally focused on teenagers and were later designed for their families and then the business community in Southern California. In 1971, Jim Quinn discovered and became a trainer for one of the original human development companies “Mind Dynamics”, designed by Alexander Everett, who was also the subject of a best-selling book by Jess Stearn, “The Power of Alpha Thinking”.

In 1973, Jim left Mind Dynamics and moved to Chicago to begin the LifeStream trainings. As with most fledgling ventures rooted in humble beginnings, LifeStream’s first class consisted of three students in a kitchen in Niles, Illinois. Through Jim’s persistence and commitment he eventually created one of the most successful personal growth training companies in America with over many thousands of Graduates to date, who, as a result of these classes, know how to live their lives fully with intention and positive results. Training sessions have taken place in many cities in the United States, Canada and New Zealand; even Tel Aviv, Israel.

James Holden Quinn passed away just before his 72nd birthday due to complications from surgery.

He leaves a monumental and infinite legacy through the many lives he has touched, inspired and transformed with his teachings.